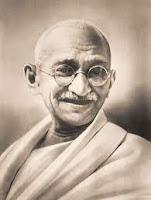 Flowers which welcome the valiant , thorns the weak,
Thorns , which adieu the martyr , flowers the eternal wreath.
To the "The Great Soul"
This time we talk to an Indian band of young talent "Weird Anxiety" ... They still have a long way to go, but despite the difficulties ahead, the final guess will be brilliant. 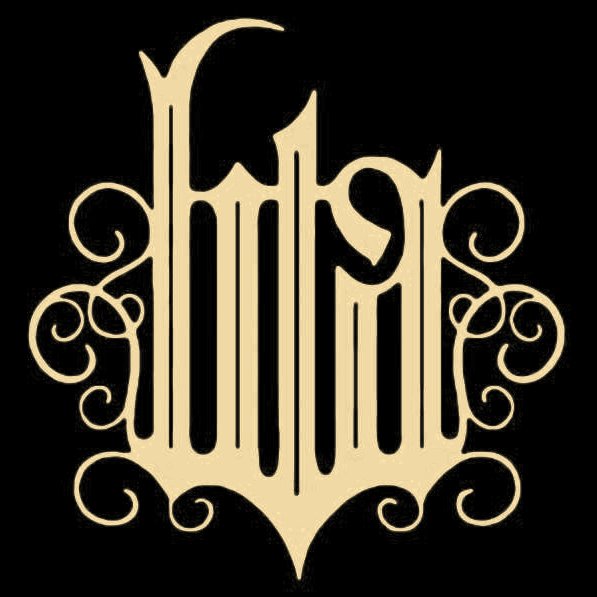 
BEYOND THE CRACK IN THE DOOR,
I HEAR THE SILENCE IN THESE WOODS,
I SEE DARKNESS ON THE LONELY SHORE..

THE SUN POURING IT'S FURY OUT,
STILL THE DAYS DRENCHED IN NIGHTS SO LONG AND DARK.
THE SUN SHINING , FIGHTING WITH ALL IT'S MIGHT,
STILL THE HEAVENS SMOTHERED IN MOONLESS NIGHTS.

WHEN WE SHIVER OUT IN THIS NIGHT,
WE TRY BUT FAIL TO FIND THE LIGHT.

CUZ THE SHADE MEANT TO SAVE US FROM SUNLIGHT,
HAS BECOME THE SHADOW THAT FRIGHTS YOU IN THE NIGHT.
CUZ IT'S DARK , IT SETS IN DARK IN HEAVEN WHEN IT SUMMERS HERE;
IT'S JUST A DARKOUT BUT SHADOWS SQUARED.

THE SUN POURING IT'S FURY OUT,
STILL THE DAYS DRENCHED IN NIGHTS SO LONG AND DARK.
THE SUN SHINING , FIGHTING WITH ALL IT'S MIGHT,
STILL THE HEAVENS SMOTHERED IN MOONLESS NIGHTS.

SO HOW CAN WE BE BLIND,
WHEN WE NEVER STOOD IN THE LIGHT ?

CUZ WHEN THEIR SHADOWS DRENCH IN IN LIGHT,
ALL THEIR CONFESSIONS AND GUILTS LIGHT UP BRIGHT.
CUZ IT'S DARK , IT SETS IN DARK IN HEAVEN WHEN IT SUMMERS HERE;
IT'S JUST A DARKOUT BUT SHADOWS SQUARED.

LIKE THE FOG IN THE WINTER'S FROST,
WHEN DARKNESS FILLS YOUR MIND ... YOU'LL NEVER ,,, NEVER FEEL SO LOST,
THE ICE WILL BREAK ... FOG WILL DISSAPEAR,
EVERYTHING BAD WILL BE CLEAR.

YOU MAY SEE THE BRIGHTER SIDE,
YOU MAY FEEL THE DAY TO FIND THE LIGHT BLINDING YOUR EYES.

SO GIVE US, SO GIVE US BACK OUR SIGHT.


W.A.- Corruption! this was the best we could have done to discourage such practices.

WHAT CAN A BETRAYED MAN SAY WHEN SOMETHING'S SNATCHED FOR WHAT HE CARED?
HOW CAN A STREWN SOUL FAST WHEN DESOLATION WAS EVERYTHING HE HAD UPON TO LAST?
YOU SLUMBER IN ETERNITY WHILE HELL AWAITS ME IN DAMNATION,
RELEASE ME FROM MY SINS .... SET ME IN SALVATION.

BEHIND THIS LUSTRE AND PRIDE THERE IS SOMETHING YOY HIDE,
YOU SHOWED YOUR BACK WHEN I FELL FIGHTING BY YOUR SIDE.

GOD STILL HATES ME ... A FAITH DIES ... CAN'T YOU FEEL ME?
IS THIS ARROGANCE A MERCY OR OUR IGNORANCE A SLAVERY?
IS RELIGION AN ILLUSION , AN INSTRUMENT FOR DESTRUCTION?
OR A SOUL IN OPPRESSION CARESSED IN DELUSIONS?

FORSAKEN IN ETERNITY , EVERY OPPESSION ENDS WITH A FIGHT ....

HAD RELIGION PERVERTED YOU TO CEASE WHEN IT DELUDED BRAINS TO BLEED?
WHEN I FELL UPON MY KNEES , I COULD SEE YOU LAUGHING BUT SOMEHOW COULDN'T READ,
THE WORLD'S GETTING BLANK ... SEASONS LOSING CONTRAST,
GREED RULES THE DAY ... ANGELS CRY IN THE DARK.

YOU CAN PRETEND BLIND BUT CAN YOU IGNORE THIS PLIGHT?
YOU TURNED YOUR EYES THOUGH I SAT BY YOUR SIDE.

GOD STILL HATES ME ... A FAITH DIES ... CAN'T YOU FEEL ME?
IS THIS ARROGANCE A MERCY OR OUR IGNORANCE A SLAVERY?
IS RELIGION AN ILLUSION , AN INSTRUMENT FOR DESTRUCTION?
OR A SOUL IN OPPRESSION CARESSED IN DELUSIONS?

FOR TRUTH AND ILLUSION  CANNOT CO-EXIST,
THE SUN COMES BUT NEVER GOES THIS MIST.
THE LORD HAD MADE HIS THOUGHT,
WHEN HE RAINED TO FLOOD NOT TO QUENCH THE DROUGHT.


W.A.- Targets the gap between religion and spirituality.Considering how religion is turning out to be an instrument for spreading wars and destruction.


BEWARE OF THE SHADOWLESS IF YOU PASS BY THE WOODS,
A SOUL UNRESTED , UNDONE WANDERS BY THE BROOK.
IN THE MOUNTAINSIDE , SHE ROAMS BENEATH THE BRIGHTEST NOONTIDE,
PENSIVELY SHE ROAMS , UNDER THE FADING TWILIGHT.
WHEN VULPINES CRY UNDER THE ECLIPSED MOONLIGHT,
IN SOLITUDE SHE WANDERS , UNTO THE DAWN OF THE DARKEST MIDNIGHT.
OAKS SLUMBER, PINES STEW , CROWS DIRGE IN WANING RUES,
MIST THICKENS, SOMBRE HUES , OCCULTED IN SILENCE RISES HER SILHOUETTE.
WINDS WISPER, STREAMLETS CASCADE IN FEAR,
OBSCURED IN EERIE SILENCE , HER WAILFUL CRIES SLOWLY FILL THE AIR.
HAIR WISPED, ENTANGLED , SKIN PALE AND OLD.
WITH TWISTED, CRIPPLED FEET SHE LIMPS , IN THE VALLIES DAMP AND COLD.
STREWN HAIR, SEVERED FLESH , AMASSED FETUSES , DISEASED IN DEMISE,
LONELY SHORES IN GRIM SUNSETS , GROTESQUES HER GHASTLY EYES.
AND IN THOSE EYES IF YOU EVER DARED TO DIVE,
SOME DROWNED TO INSANITY , OTHERS GAVE UP THEIR WILL TO LIVE.
MAID OF ... MAID OF THE MIST
MAID OF ... MAID OF THE MIST
WHEN YOU FEEL HER PRESENCE , WHEN YOU FEEL HER BESIDE,
YOU MAYST WILT YOUR FEAR , BUT WHERE SHALT YOU HIDE?
LIKE EVERY BLOODROP HAS EMPTIED ITS REDNESS,
LIKE EVERY THOUGHT HAS ESCAPED THE CONSCIOUSNESS.
HYMN O' ... HYMN O' MYTH
MAID OF ... MAID OF THE MIST.


W.A.- Based upon true supernatural/paranormal incidents and local legends.
NR- GOD STILL HATES ME ... A FAITH DIES ... CAN'T YOU FEEL ME?
IS THIS ARROGANCE A MERCY OR OUR IGNORANCE A SLAVERY?
IS RELIGION AN ILLUSION , AN INSTRUMENT FOR DESTRUCTION?
OR A SOUL IN OPPRESSION CARESSED IN DELUSIONS?
Why a church on the cover album?
W.A.- Well the band was founded in Shimla, which was the summer capital of the erstwhile British rule in India. The church is symbolic with the place. Also the church as seen from the cradle of trees signifies the narrow mindedness in the common man's perspective when it comes to religion. As an album , Act-I Scene-I aimed at taking on the gap between religion and spirituatility. The church represents religion in general.
NR-FOR TRUTH AND ILLUSION  CANNOT CO-EXIST,
THE SUN COMES BUT NEVER GOES THIS MIST.
THE LORD HAD MADE HIS THOUGHT,
WHEN HE RAINED TO FLOOD NOT TO QUENCH THE DROUGHT.
TEACH ME ... HOW TO PRAY TO A GOD?
This message is echoed in India? Or is absorbed more abroad?
W.A.- While we were writing this song, it was our lives and personal experiences which shaped the direction of the lyrics. This is the by-product of six anxious souls living a life of despair and desolation. It doesn't matter whether you belong to India or not, if you are able to relate to our lyrics and music.
NR- Now let's talk a little of the new plot around the band. The new album is in preparation called "The plot thickens," (acoustic) it goes in a direction opposite to the last work, why the comment "Hitesh" saying that this is a continuation of “Act I Scene I”?
W.A.- Firstly, the album Act-I Scene-I was planned as a full lenght album featuring 9 tracks.However due to some feasability issues it ended up being an E.P. The remaining six tracks would make our second album The Plot Thickens which shall potray the flow of events not only in our lives but also in our music. The name itself signifies a change in events, musically it shall highlight a different side of Weird Anxiety and a very integral one. The last album was heavier, contrary to that a lot of acoustic material shall find place in this album. The heavier songs are more heavy , have more punch and for sure there shall be some surprising material in the vocals. Yes, we shall be going clean in some of our songs but the suspense doesn’t die over here. All in all it would be a full length album not just in context with the playing time but also in terms of quality material.It has a fair amount of acoustic material but not entirely acoustic. It is a balanced album, one can quote.
NR- Beginning of a shift to a more commercial market?
W.A.- As I mentioned it is not entirely acoustic, verstiale is the word. We would go far beyond the realms of extremity bench marked by our previous album. So, you can expect this album to be anything but not commercial or mainstream.
NR-The distribution will also be free?
W.A.- Yes, the distribution would be free, though we might release it under some record label.
NR-More news to leave here at premiere…
W.A.- Well we can reveal atleast one of the surprise, we will be collaborating with an international artist on one of the songs. Things are in the pipeline though.
NR-"YOU RE PRIDE OF INDIA GO GUYS GO"
"Like ur songs!! killer!"
"Would like to know more about your band guys.....You guys sound brilliant....let me know more!"
"Awesome Native Metal Band :)
♥♥♥♥♥,,,,,,
Good Going :)
We're With You Guys :)"
These are some comments that can be read on the official "WA" Face Book.
Do you think you are at the level of expectations generated in your fans?
W.A.- One of my good friends once told me "expectations is a disease", the more you expect, the disease spreads further. Same is the case with music. The expectations of fans continously increase.But we are always seeking self satissfaction, we admit that it is not possible to please everybody.The only person one can please is he himself. However we regularly take feedback from our fans and try to impliment and improve.
NR- What can they expect?
W.A.- As we mentioned, this album will bring with it a lot of surprises and ofcourse pleasent surprises. This album shall take off from the heights Act-I Scene-I reached. But expecting mainstream and commercial stuff from the band would only meet dejection.
NR-One last question you as a band with a strong message in the lyrics of songs ... are you followers of Satyagraha? ”The force of truth"
W.A.- In it's literal translation, every extreme metal band falls within the category of Satyagrahis. However, it has a deeper translation. Satyagraha is aimed for national welfare. On such lines we fail to comply.It's not that we are not nationalistic, but we havenn't explored such lyrical themes in our songs.
NR-Just a comment using this name: "The Great Soul" or "Mohandas Karamchand Gandhi"
W.A.- Flowers which welcome the valiant , thorns the weak,
Thorns , which adieu the martyr , flowers the eternal wreath. 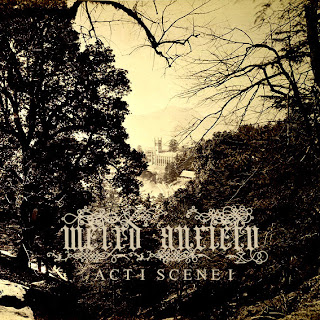 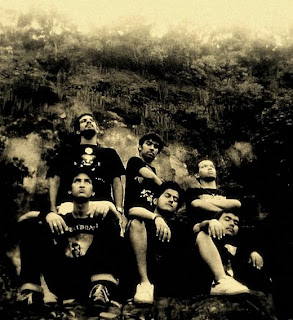