TESTIMONY transcends the reality with a powerful thrash “Transcending Reality” 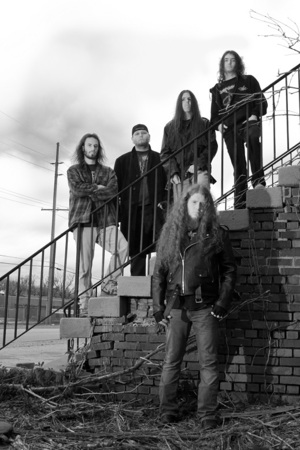 Progressive metal or prog metal is a sub genre of heavy metal with progressive rock elements originating in the United Kingdom and North America in the late 1980s. Progressive metal is the most complete style inside metal, the progressive gathers various styles of playing and types of music such as blues, jazz, classic, rock, and all the metal sub genres and the most fascinating thing in prog metal is that the music flows with so many different melodies and tones and is always changing/progressing into something new.

For the crazy fans of progressive metal we bring you Testimony “Transcending Reality” a progressive thrash metal album and for those who think that progressive only means Dream Theater, Tool and Opeth here rests your opportunity to listen something different but also good.

Testimony transcends the reality with a powerful thrash album that tests our Humanity with philosophical, religious and cultural themed lyrics. Formed in late 2009, this new prog band consists in four metal warriors with thirsty of heavy riffs and musical progression, they sound very raw with the influence of the 80s thrash but at the same they are very melodious with good lines in all the instruments and excellent passages between heavy rhythm, fast solos and shredding, harmonious clean guitar phrases, and very nice drum and bass sessions that stands out in this progressive orchestra.

The vocalist Adrian Harris, guitarist Michael Gawel, bassist Derek Lambacher, and drummer Taylor Lambacher did a great work, a six track album that unleashes hell with a good level of complexity and technique that shows the quality of these musicians and will leave worshipers of progressive metal satisfied but waiting for more.