ALL HAIL THE YETI Confirm Reconcile For Revenge November Tour


Los Angeles-based stoner/groove metallers ALL HAIL THE YETI have confirmed their first official tour in support of their self-titled debut full-length, released at the end of August worldwide via AFM Records. Dubbed the Reconcile For Revenge Tour, ALL HAIL THE YETI will tear up and down the West Coast for twelve shows, performing with prominent acts including Unida (John Garcia from Kyuss), System Divide and many more along the way.

Preceding the tour actions, AHTY will perform as part of a six-act bill tonight in Tempe, Arizona at a show sponsored by the metallians at 98 KUPD’s Into The Pit.

ALL HAIL THE YETI's self-titled debut album boasts the act's most crushing, groove-laden, Southern-tinged stoner metal with over a solid hour of thunderous riffage. Featuring well-known tattoo artist Connor Garritty of Timeless Tattoos in Los Angeles, ALL HAIL THE YETI have forged their own path through what they see as a desolate Hollywood music scene. Recorded with producers Tommy Decker and Mike Sarkisyan, All Hail The Yeti was released in late August worldwide via German metal juggernaut AFM Records.

Immediately following the album’s release, ALL HAIL THE YETI unleashed their amazing Wild West style video for the track “The Art Of Mourning,” chock full of brutal gunfights and gory head-shots utilizing actual .45 revolvers, a full-on lynching and all kinds of high-action entertainment!

Check out “The Art Of Mourning” video and more AHTY action RIGHT HERE. 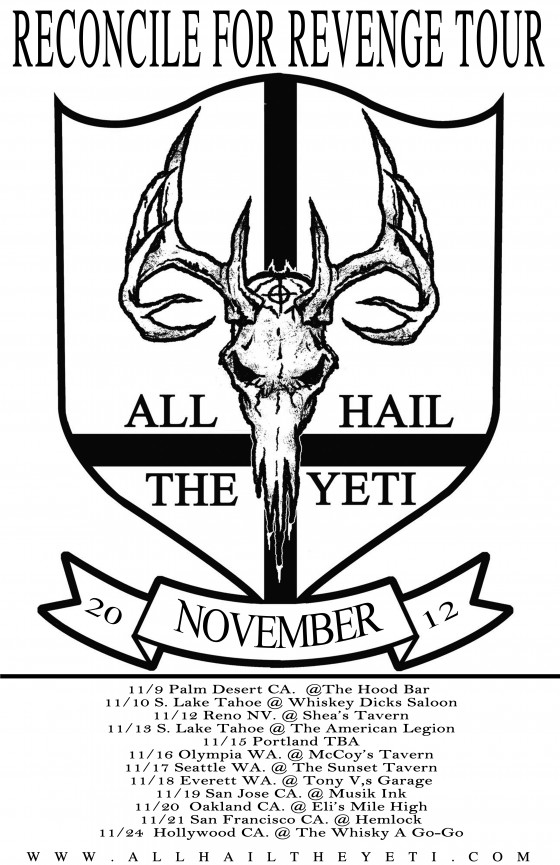 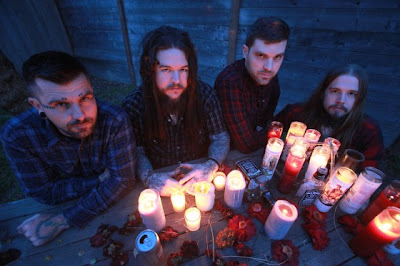 Etiquetas: ALL HAIL THE YETI