D.I.S.: Exclusive Track Premiere Brought To You By Stereokiller


U.S. Trek With Phobia And Strong Intention To Commence Today

The metal militia at esteemed web portal, Stereokiller, today launch the exclusive premiere of “Becoming Wrath,” from West Coast d-beat instigators, D.I.S. (Destroyed In Seconds). The tune comes off the band’s forthcoming new full-length of the same name, set to detonate on November 1 via Deep Six Records. Notes This Is Not A Scene in an early review of the record: “the album is pretty tight, dishing up a good 30 minutes of crusty d-beat obliteration. If you’re a fan of bands such as Anti Cimex, Wolfbrigade, Disfear, Skitsystem and Discharge, D.I.S.‘s Becoming Wrath definitely has something for you to lose yourself in.” Becoming Wrath was recorded and mixed mid 2012 at Architeuthis Sound in North Hollywood by the band’s own Sean Vahle and features nine tracks of malicious thrash-tinged d-beat downs that capture D.I.S. at their most venomous.

Gouge your ears to “Becoming Wrath” at THIS LOCATION. 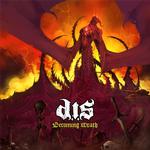 In related news, today D.I.S. will unite with longstanding grindcore merchants PHOBIA and powerviolence miscreants STRONG INTENTION for a short run of live d-beatdowns that will include an appearance on the fourth annual New Jersey Deathfest alongside Malignancy, Deceased, Waco Jesus, Ghoul and more.

Formed in Los Angeles in 2008 by original members of Phobia, Mange and Eat the Living, D.I.S.’ esteemed musical pedigree, experience and dedication spans decades with each member bringing something diverse to the table resulting in an explosive charge of energy and innovation to an almost predictable scene and style of music. Their 2010 full-length debut, Critical Failure, which Metal Review compared to “what thrash legends D.R.I. would have produced if they were constantly injecting massive amounts of steroids into their bloodstream during recording sessions,” in an 8/10 review, quickly established the band as an unstoppable force with which to be reckoned. Song topics ranged from political indignity, religious strife to personal turmoil. The music, a crushing powerhouse of Swedish influenced D-Beat punk, mixed with ripping metal and thrash, backed by traditionally aggressive punk vocals. Following its release, the band tore up the local Los Angeles scene and West Coast before heading across the U.S. and finally to Europe, topping it off at the Obscene Extreme Festival where they systematically leveled a rabid crowd of stage divers and circle-pitting maniacs!