Fear Incorporated: “Phobos” Opposite To "High" Or "Mainstream" Culture 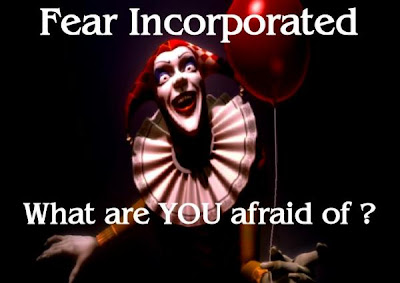 Fear Incorporated are a theatre macabre avant garde band and surprises by courage to be experimental and innovator since that vanguard culture has been historically opposed to "high" or "mainstream" culture, and also rejects the artificially synthesized mass culture that has been produced by industrialization, thank`s Gods!!


We walked with long strides from light to darkness, the shadows become longer and the nights darker than ever, we spend more time at darkness and less time in the day-light, in short, the ideal time of year to devote ourselves with "body and soul" to the second "Fear Incorporated" album, entitled Phobos.

The album is a selection of songs about basic human fears and phobias and the stigma attached to them-such as fear of the dark, fear of clowns, fear of being buried alive and fear of ghosts, so, Fear Incorporated gives us all the means "by way of confrontation" as a therapy to combat our irrational fears, say, phobias.

Fear Incorporated is different from everything you have heard; their sound is similar to nothing with a positive vibe and less heavy and obscure feeling but never forgetting the dark flourish that brings out the “fear” idea in the album construction. “Phobos” is all about alternative rock with a touch of dark gothic ambient and futuristic sounds; Fear Incorporated mixed many types of playing and styles with a great profound and echoed voice and a new category has born, Fear Incorporated unique music, beautiful and heavy songs with lots of rhythm and environment. You are able to experience something out of the usual and you are going to adore it or hate it there isn´t much room for a middle term, but they can grab you since the first track, their message is very peculiar and each track exudes efficiently the meaning of the irrational fear, each song represent with harmony the words echoed by the vocalist and depicts the complexity of vanguard music and the Human himself.

By Pedro Ribeiro: With love for beer... sorry, music from an early age, he studied piano and singing from 7 to 14 years,  then, devoted himself to the study of the guitar for 5 years. visit our reviews page. 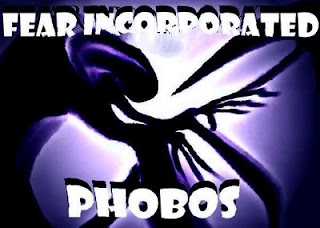 
The band  will  release Phobos the second Fear Incorporated album through Manic Depression Records a French alternative record label. The Phobos album is primed for release later in 2012.