Email ThisBlogThis!Share to TwitterShare to Facebook
Gene's new single "I Only Wanna Rock N Roll" taken from the album "Wicked Love" was added to full rotation to Pittsburgh's biggest radio station 102.5 WDVE! It reached the "#1 most played song" on the station for 3 weeks in a row, beating out the Foo Fighters and Nickelback. Now the band released a new awesome video for the same song. Check out below. 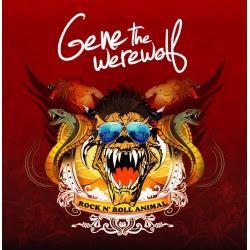