Karma Zero : Debut album "Architecture of a lie" out this fall 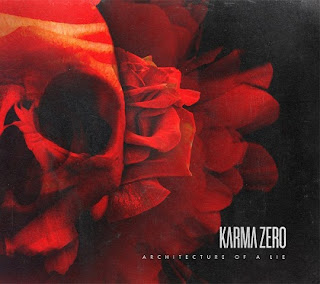 As previously announced, Karma Zero, French metalcore with samples act will release its full-length debut album, "Architecture of a lie", on november 21st through Ultimhate Records (A Subtle Understatemenent, As They Burn, No Brain).

Born in 2008, KZ0 played @ Hellfest Metalcorner scene in 2009 before to release a 5-tracks self-titled EP a few months later. Then, Karma Zero shares the stage with bands like Madball, Shining or The Arrs with the participation to the Motocultor festival and decides to work in 2011 with Stéphane Buriez (Loudblast) to record its debut album.

The artwork can be seen beside and a few excerpts from this upcoming effort are in streaming on Bandcamp.

Pre-orders for "Architecture of a lie" physical album are up on BigCartel.