Email ThisBlogThis!Share to TwitterShare to Facebook
Portland's STONECREEP have released a promo video for a demo recording of their newest track "Night and the Formless Beyond."

The track is part of batch of new material the band is writing for the follow-up to The Deathcrush Marches On..., which was originally released by the band and then re-issued last year by Old School Metal Records.

The band had this to say about the song, "We started pre-production on the new album last winter/spring, and these demos were the result.  'Night and the Formless Beyond', along with the other songs will usher in a new era for STONECREEP.  The new songs are cold, bleak, and classic-sounding.  You can hear elements of the band that have always been there, but we've now moved into something very different, very special."

On October 24th, STONECREEP will head out on the Infernal Autumn West Coast Tour 2012 with TOXIC ZOMBIE. Dates are as follows:

The Deathmarch Crushes On


...the album title says it all. Stonecreep is a band that has seen many ups and downs. Despite the trials and tribulations, however, the band has defiantly continued to soldier forward. Stonecreep's story begins in the city of Fargo, North Dakota with four musicians whose prime goal was to make metal the way it was intended: raw, uncompromising, and above all bombastic and fun...an ideal the band carries with them today. One by one the members of the group migrated to Portland, Oregon and Stonecreep was born.

The band quickly won over audiences with their super high-energy stage shows and a unique style that combined elements of classic heavy metal, thrash, death, and straight-ahead rock n' roll. They recorded and released three independent albums. Each recording displayed a sophistication and musical progression over the one that preceded it. They also took on a relentless touring schedule, playing hundreds of shows literally anywhere and everywhere that they could make their presence known.

In 2009 Stonecreep entered the studio to record The Deathmarch Crushes On. The album is without a doubt the band's finest work to date, combining elements of both old and new to take their sound to a new level. Using all of the musical tools at their disposal, The Deathmarch... is a lethal cocktail of crunching guitars, thunderous drums and bass, soaring leads and a passionate, multi-faceted vocal approach. The band consider this to be their true debut, after years of self-released efforts. Metal Maniacs magazine may have said it best when they described the band as having "as much Metallica and Accept persuasion at play as there is Black Label Society and Motorhead, if collected and melted down into a single metal silver bullet", and as "cock-rockin' banger fuel that's perfect for the bar, car or air guitar anytime."

In 2010 the band retreated underground, playing only a handful of shows and regrouping only to emerge as a stronger, more devastating machine. 2011 saw the re-release of The Deathmarch Crushes On... via California-based Old School Metal Records as well as more touring and writing for what will no doubt be a highly anticipated follow-up album. 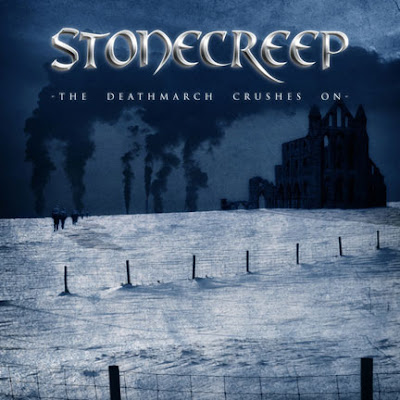 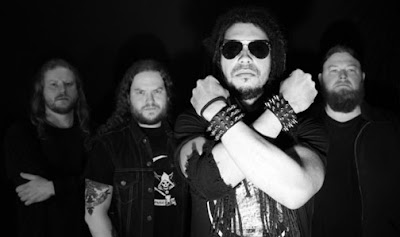