Sweden Gothic Metal band TIAMAT released a new video clip for the title-track "The Scarred People". The track appears at upcoming full-length which will be released on October 26th, 2012 through Napalm Records. Check out below. 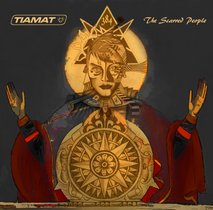 The Scarred People is described as: "An atmospheric and dark jewel! It has been four long years since the band revolving around Swedish mastermind Johan Edlund let their fans waiting for a new sign of life. Finally, the successor to the highly acclaimed "Amanethes" hits the streets. It was worth the wait, as "The Scarred People" presents TIAMAT in absolute top form! Mainly based in hypnotic mid-tempo, the songs combine elements from the legendary first albums and the latest long-players in the impressive TIAMAT discography and offer brilliant Dark Gothic Metal full of emotion and melody. Starting with the first spin, songs like "Winter Dawn" or "Radiant Star" are irresistible catchy tunes that will offer numerous interesting details thanks to their sophisticated arrangements. "The Scarred People" is a grand and engaging album that will not only leave Die-Hard TIAMAT fans craving for more!"

Curiosity: TIAMAT, formerly known as Treblinka. Tiamat is a primeval Babylonian goddess in the Babylonian and Sumerian mythology.